The boundary commences on the west coast at a point north of Jurien Bay, proceeds roughly easterly to a point approximately north of Moora and then roughly south-east to a point on the southern coast between Bremer Bay and Esperance.

There is no evidence that there has been any other group than Noongar in the South-West. Archaeological evidence establishes that we Noongar have lived in the area and had possession of tracts of land on our country for at least 45,000 years.

The Settlement is made up of six (6) individual ILUAs. Each of the following areas has a corresponding ILUA: 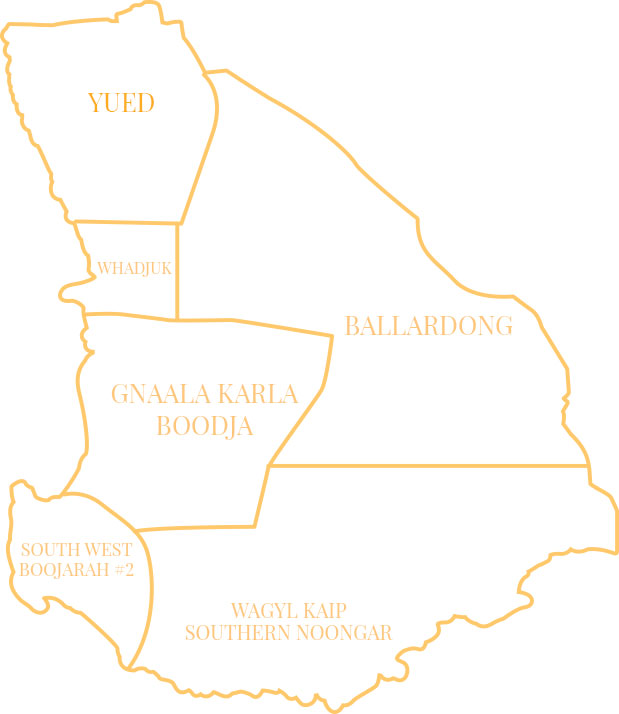